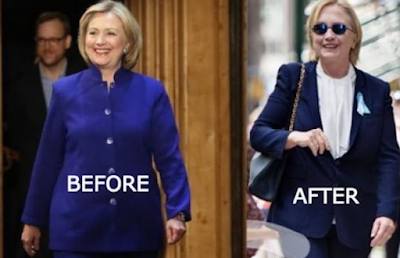 US Presidential candidate Hillary Clinton was taken to her daughter, Chelsea’s apartment to rest after collapsing at the 9/11 remembrance ceremony on Sunday. Several hours later at 11:45 am, Hillary emerged, hugged a small child, and posed for photos as she told the media “I feel great” over and over again. But shortly thereafter, people noticed something ‘odd’ about the “Hillary” that emerged from the apartment upon closer examination.
Several conspiracy theorists began to speculate that Hillary was actually swapped out with a body double.
The assertions seem weird but #HillaryBodydouble is trending on America’s Twitter and there are different pictures detailing differences between the Hillary before the ‘collapse’ and the Hillary that came out of her daughter’s house. Some even say she’s in a coma, since the Democratic party are now cancelling their events.
Their tweets below… 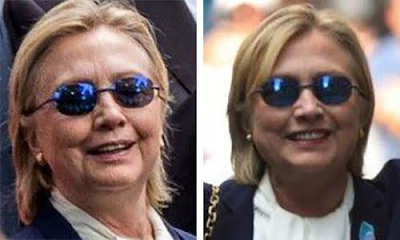 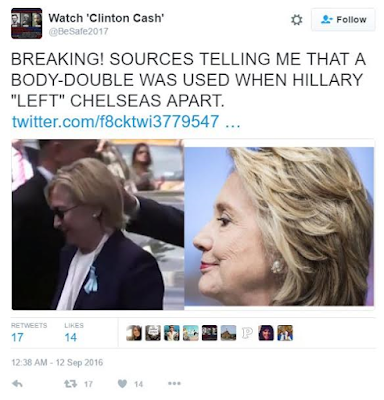 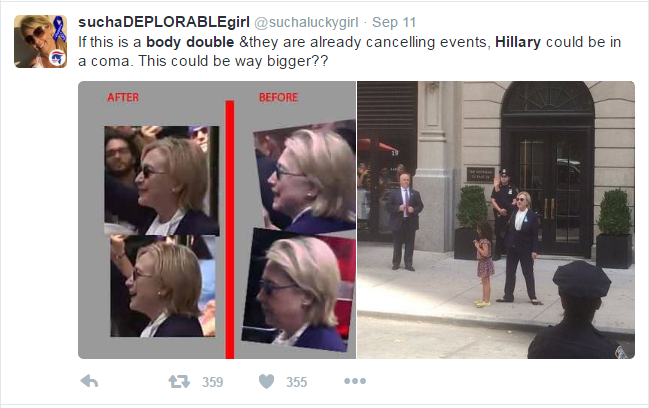 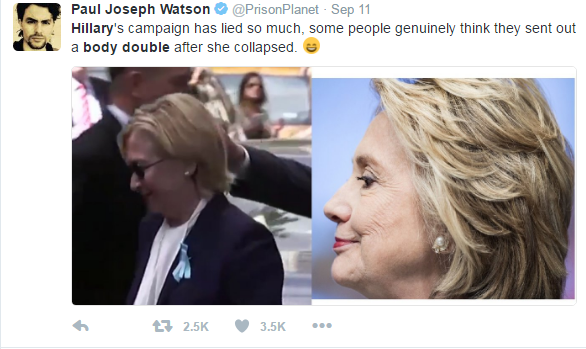 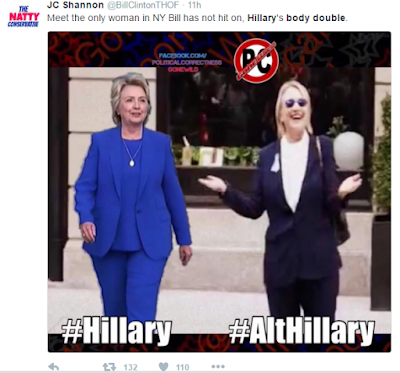 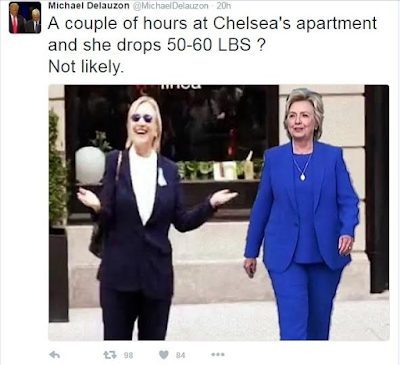 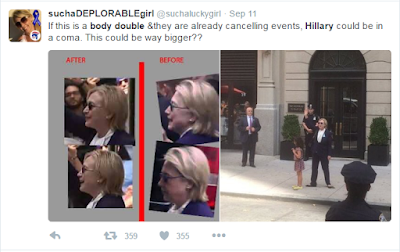