#FeesMustFall ‘no longer about fees’ sounds more like #WhitesMustFall.

It’s time to face the reality. The “revolution” on our campuses is not primarily about university fees any longer. Nor is it about the “decolonisation” of the curricula.

The subtext, the unspoken agenda, is beginning to look more and more like an effort to create a mini Arab Spring moment and to turn the entire post-1994 dispensation on its head.

At the very least, what we’re seeing on our campuses reflect a deep anger and resentment with the status quo, way beyond fees.

A cue that this is not about fees any longer is the extreme race rhetoric we have witnessed the last few weeks, unlike anything we have ever seen.

The legitimate struggle against whiteness and white privilege is being overtaken by a populist assault on white citizens. Some days #FeesMustFall sounds more like #WhitesMustFall.

White South Africans don’t determine university fees. Government does. One can blame them for a lot of things, but not this.

If the cost of university studies were really the central question, the leaders of the protests would have channelled their energy towards the government rather than towards vice-chancellors and fellow students. Universities are simply soft targets.

They would have celebrated their significant gains, negotiated agreements for what should happen in 2017/2018 and then allowed the academic calendar to continue.

And they would have been much tougher and less ambiguous about the violence and destruction of public property.

Like the thuggery in Braamfontein yesterday. The erudite Wits SRC spokesperson, Fasiha Hassan, was on the phone with a TV reporter claiming the students were well behaved and only reacted to “police brutality”, but when she was asked about the stoning and burnings, she abruptly ended the conversation.

Read also : Whites Vs Blacks: Top 5 Richest South Africans and their net worth.

In short, the militants are in the process of destroying the system they claim they want to improve; of damaging the future of the poor students whose interests they claim to champion.

“No education without free education” is a slogan as destructive and reckless, but far less legitimate, as the “liberation before education” of the apartheid era.

No, I’m not suspecting a grand, evil conspiracy or foreign agents at work.

The fuse was lit in March last year when the #RhodesMustFall campaign was launched at the University of Cape Town. The emphasis shifted to institutional racism at campuses and the unwelcoming atmosphere experienced by black students.

Late last year this morphed into #FeesMustFall. It had broad support among the public, but some leadership elements misread this and turned more militant this year.

There is no doubt in my mind that the majority of students reject the violence and disruption of classes, but my interactions with students at three universities tell me that most of this dissenting majority share much of the anger and frustration.

The poverty and struggles of students from poor households are very real. The feelings of alienation, marginalisation and insecurity are as real.

But it’s more than that. Students are deeply unhappy with the post-1994 governments’ inability to address inequality. They are angry that 2016 South Africa doesn’t look much different from apartheid South Africa.

Read also : Ugly and lesser known facts about Nelson Mandela that will shock you.

I do believe that a small group of militant opportunists are fanning the flames and perpetuating the conflict at all costs. Their behaviour and utterances tell us that they are not democrats or true to the spirit of tolerance and openness that are supposed to be associated with universities.

This group has been encouraged by the huge media coverage they are getting, by the weak and strategically unsound reaction of university authorities and by the bungling of the minister of higher education and his Cabinet colleagues.

Some of these elements, like the Wits protest leader Mcebo Dlamini and UCT’s Chumani Maxwele, are clearly narcissists playing revolution.

And as the divided, incompetent government stumbles and stutters and the police act without a proper strategy – and sometimes overreacts – the protest leaders’ power grew and with that their ambition to trigger a full-blooded revolution.

But these guys are not taking into account that South Africa is a constitutional democracy and an open society, not a dictatorship as was the case with the Arab states.

Just two months ago we had yet another election, the tenth since 1994, and only eight percent voted for the party propagating revolution. Extra-parliamentary politics in a proper democracy have their limits.

That esteemed progressive academic Achille Mbembe’s analysis on the weekend was interesting.

“It also appears that one way of paralysing or defeating a system that has not been able to crush protest in its incipient phase is to drag it into an endless process of pseudo negotiations. Turning in circles becomes both a method and a goal in itself, the best way to exhaust institutional power. Goalposts keep changing. Commitments are made, but they are constantly reneged upon,” he writes.

“Impossible demands have turned politics into a zero sum game, a deadly fight in a tunnel that can only end with the capitulation and the humiliation of one of the protagonists.”

A deadly fight in a tunnel indeed.

What the events of the last weeks underscore clearly is that the revolutionary potential in our society lies much more with the petite bourgeoisie than with the mass of poor and unemployed. That is something we all need to take in.

We shouldn’t lose sight of the fact that the present political instability was largely due to the dramatic implosion of our once powerful and proud liberation movement, the ANC, and the resulting serious lack of vision, direction and leadership. This process is continuing unabated.

Mbembe suggests that one solution would be that universities closed down altogether, because “such a move might force a radical clarification that long days and nights of pseudo-negotiations and turning in circles have not produced”.

If the situation continues to deteriorate, that would surely be an option, but one with far-reaching consequences.

I don’t think kragdadigheid, a state of emergency (that the churches seem to favour) or arrests can be the only or preferred response.

We as a society should try and marginalise, neutralise the pseudo-revolutionaries by taking away their popular support.

That means we should urgently and decisively address the source of the unhappiness and resentment prevalent in black South African society.

Because, actually, the angry students are correct: we the people of South Africa will have to transform the post-1994 order radically – but on our terms and without the dictates of fascist pseudo-revolutionaries. And without violence says Max Du Preez. 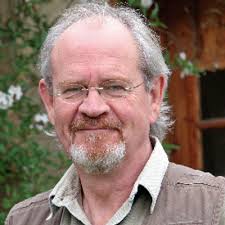 5 thoughts on “#FeesMustFall ‘no longer about fees’ sounds more like #WhitesMustFall.”

← Newer Post
Woman gets in serious trouble for parking in front of her own house!
Older Post →
Pres. Zuma shows Public Protector who is the Boss over state capture investigation.