On Saturday morning Johannesburg Metro police said that a total of Nine people have been arrested during a plundering and fire-raising incident in Braamfontein.

Senior Superintendent Wayne Minnaar said they vandalized a supermarket at the corner of De Korte street and Biccard street in Braamfontein before midnight.

They also set ablaze an SABC vehicle, a Mercedes Vito and a Tow truck which was parked by the road side.

He also said the arrests were made while a group of students were protesting. It is not yet confirmed if those that were arrested are students. 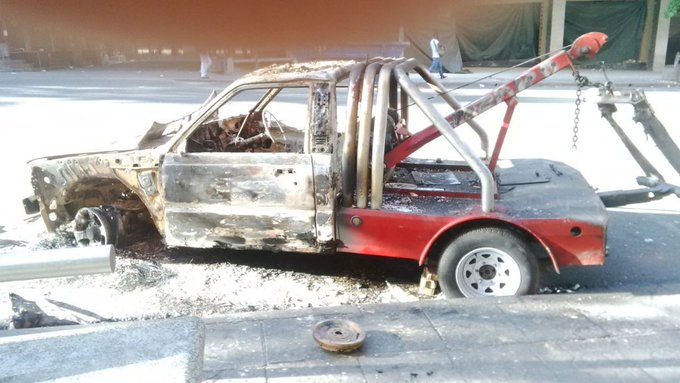 Roads were blocked until past 01:00 a.m. Police patrolled the area the whole night. The roads were opened again later that morning. None the policemen on patrol were injured during incident. Clean up operations are underway and motorist can now use the roads. 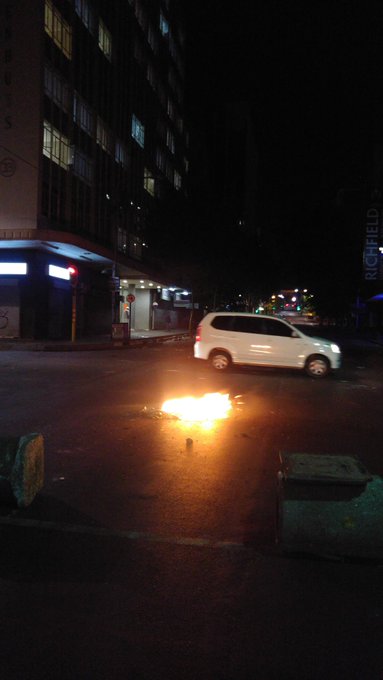 Image of one of the blocked street in Braamfontein. 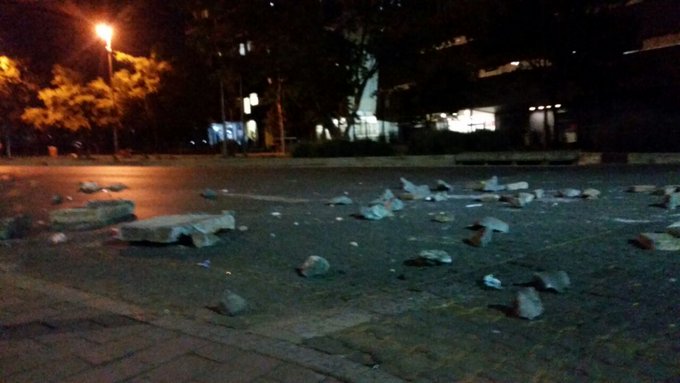 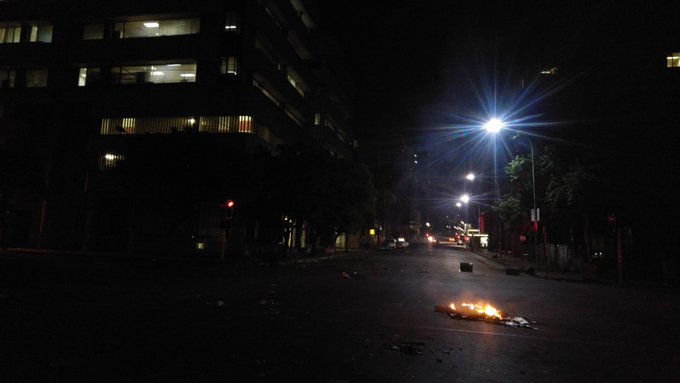 ← Newer Post
Oh no!! You won’t believe how Nigerian online dating scammer defrauded SA women R1.2m.
Older Post →
”About R35-billion lost in the value of bank stocks and Pres. Zuma is firing on all legal cylinders”