Oh no!! Another deadly accident in Pretoria. (pics) 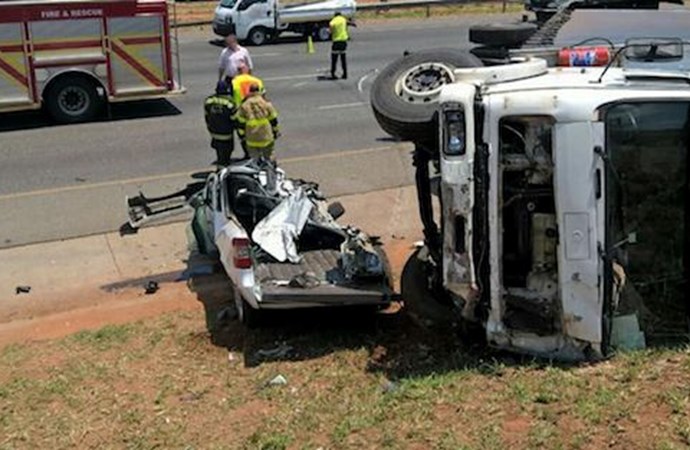 EMER-G-MEDS RV7 and Ao7 responded to reports of a fatal collision on R21 South before the Nellmapius Offramp in Pretoria around 11:17 Thursday morning.

It is believed that a truck, traveling to Northbound lost control and veered through the center barrier-colliding head on with a bakkie and another vehicle. 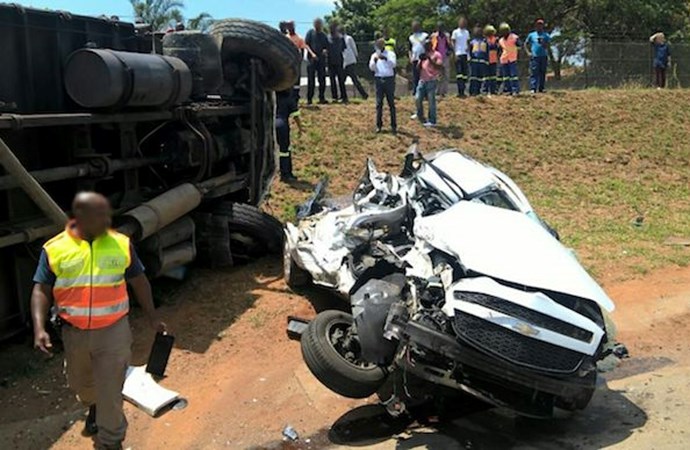 Unfortunately the driver of the bakkie who sustained fatal injuries was declared dead on the scene. A second patient sustained moderate injuries and was transported to hospital by an ambulance.

There are still heavy traffics on the road. South African Police Service’s specialist Accident Investigation Unit are on the scene for further investigations. 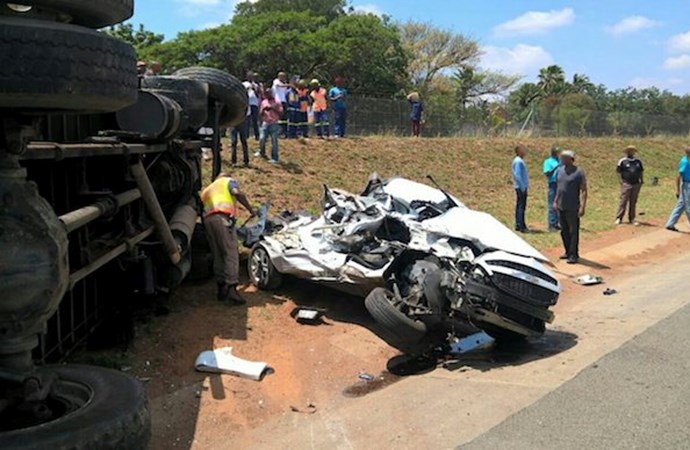 6 thoughts on “Oh no!! Another deadly accident in Pretoria. (pics)”

← Newer Post
How much of taxpayers money Pres. Zuma has spent on unforeseen Legal Costs will shock you.
Older Post →
14 amazing facts you really should know about Minister Blade Nzimande.