Warning: sizeof(): Parameter must be an array or an object that implements Countable in /home/tdnewsco/public_html/wp-content/plugins/ad-injection/ad-injection.php on line 824

Warning: count(): Parameter must be an array or an object that implements Countable in /home/tdnewsco/public_html/wp-content/plugins/ad-injection/ad-injection.php on line 831

Reports has it that a convenience store in New Mexico , U.S, has sparked outrage with it’s racist signpost that read ‘Obama and other Muslims not allowed here’.
It was gathered that the owner of the convenience store is a proud KKK member and also a Donald Trump fanatic.
According to reports, the store also sells Barack Obama tissue paper, but he hasn’t been arrested or charged yet, as no official police complaint has been made.
One of the signs on the shop also read “Kill Obama” and another says “Obama & Muslims not welcome here.”
The signs also read “2012 No Re-nig.” A sign aimed at NFL player Colin Kaepernick, who has protested about police brutality against black people, called the San Francisco 49ers quarterback an “overpaid half breed” and said he should “go back to Africa.”
“Colin Kaeper-d**k, you overpaid half-breed: Take your millions and go back to Africa,” the sign read.
Ibrahim Hooper, national communications director of the Council of American-Islamic Relations [CAIR], said:
‘While everyone has the First Amendment right to free speech even offensive speech we urge the store’s owner to remove the sign in the interest of common decency and of our nation’s unity at a time of increasing divisions.‘
CAIR revealed there were more than 900 anti-Muslim incidents since Donald Trump was elected, including Muslim women being targeted and mosques being threatened.
The racist sign is on the window of Mayhill convenience store, that is reportedly owned by Kevin Crouch.
People have been blasting the owner of the shop on social media, see some reactions below… 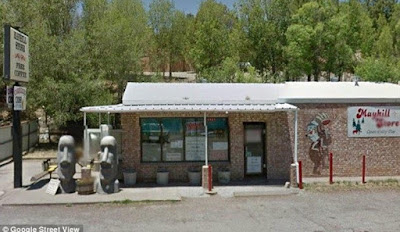 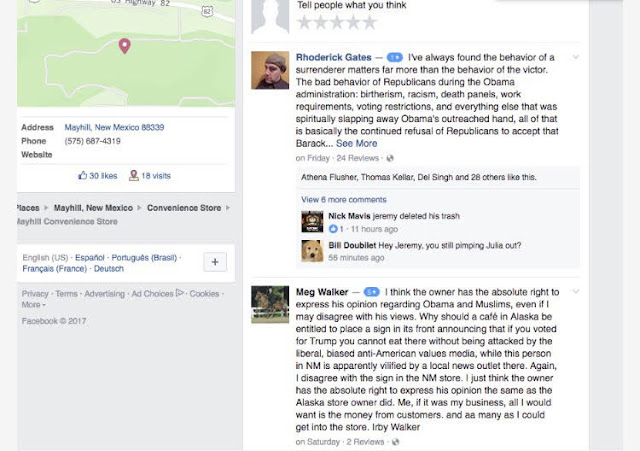 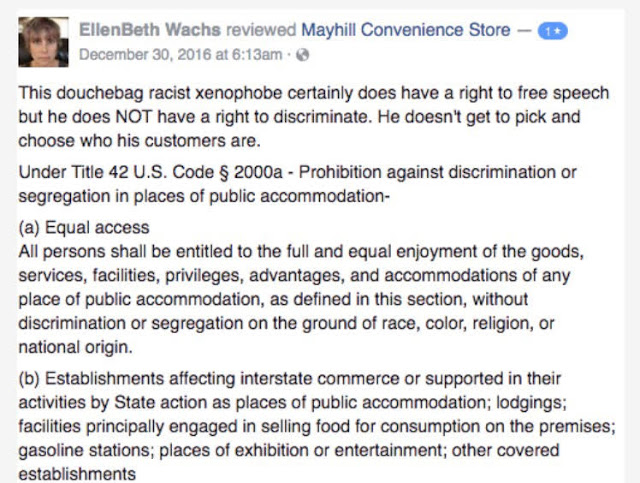 ← Newer Post
President Robert Mugabe Locks Up Gay Couple, Promised To Release Them When One Of Them Gets Pregnant.
Older Post →
Photos:- Woman Who Was Cheated By Her Husband Because She Was Fat, Gets The Best Revenge Ever