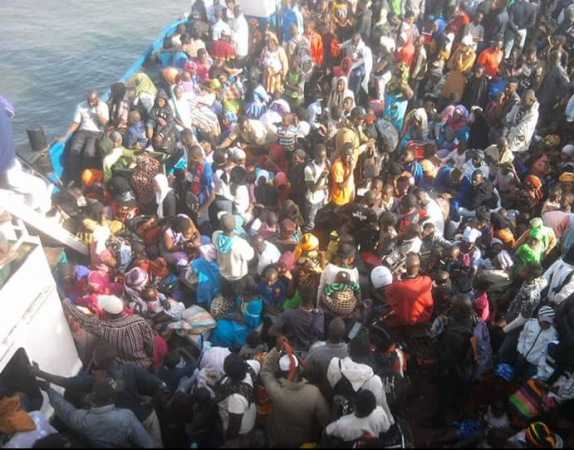 Residents in Gambia are in deep fear following the refusal of President Yayeh Jammeh to step down to president elect, Barrow.
According to Amb Uyero Erarawewho Jnr who shared the photos on Facebook, revealed that Gambians are currently fleeing the country due to fear of imminent war since President Yayeh Jammeh refused to step down as the country’s president.
He wrote; “My heart is heavy for the Citizens of Gambia at the moment with pictures sent to me today. Citizens are running for their life. Am calling on my brother who is also the Minister of Information Hon. Seedy S.K Njie, to join hands with President Yayeh Jammeh in bring Peace to the Republic. It is not too late we still have some days to make everything right.”
See more photos after the cut.. 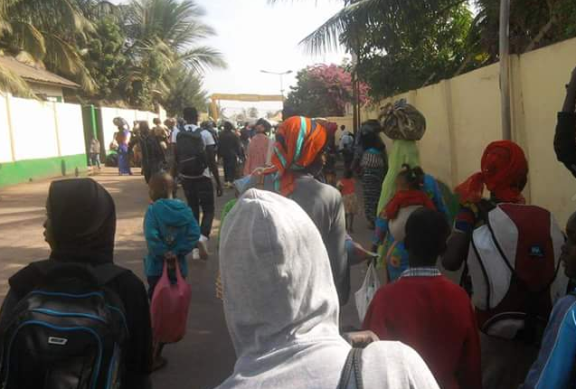 ← Newer Post
How Men Are Destroy Their Semen Without Even Noticing! No.6 Will Shock You
Older Post →
Gambian President-Elect Adama Barrow’s Son Dies After Dog Bite