Father ‘Marries’ His 6-Year-Old Daughter Who Is Critically ill Over ‘Death Fears’. (Photos)

The parents of a critically ill six-year-old girl threw her the fairy tale wedding of her dreams in a Chinese city. On December 14, Shi Haiqing walked down the aisle to Here Comes the Bride to ‘marry’ her Prince Charming, who just happens to be her father.
At her hospital ward in Tai’an, Shandong Province, Haiqing dressed up as Snow White for the bittersweet occasion and her father dressed up as a prince.
People’s Daily Online reports aiqing’s father, Shi Xinzhan, isn’t sure if his daughter will grow up to have her dream wedding.
Shi Xinzhan wed his daughter in a make-believe ceremony attended by doctors, nurses and other patients in the hospital.
The sick girl was ‘Princess Haiqing’ for a day and danced with her father in front of a balloon heart backdrop.
Haiqing suffers from nephrotic syndrome which causes the kidneys to leak large amounts of protein into the urine. 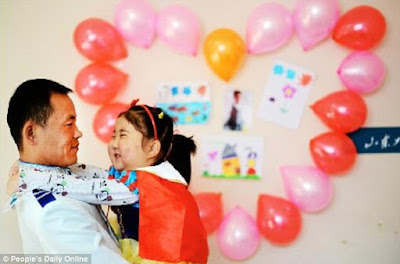 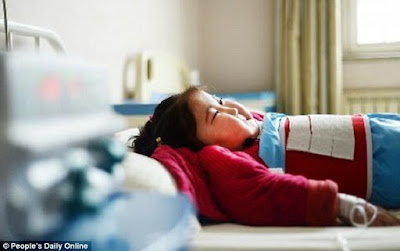 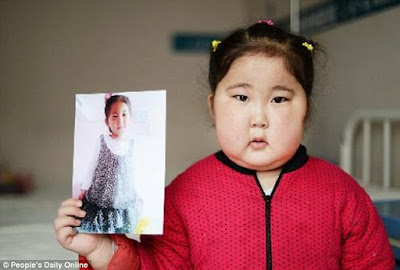 One thought on “Father ‘Marries’ His 6-Year-Old Daughter Who Is Critically ill Over ‘Death Fears’. (Photos)”