Nkosazana Dlamini-Zuma gets rapturous acceptance, as Gigaba mobilises finances for her 2019 presidential victory 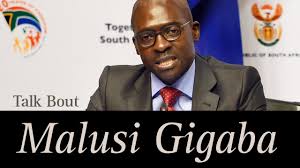 At the beginning of her presidential bid, it appeared she wouldn’t be taken seriously, but as the political battle is drawing near, she looks like the candidate to beat. bNkosazana Dlamini-Zuma’s presidential bid got a boost during the party’s provincial general council (PGC)‚ at the University of Zululand in Empangeni on Friday.

Dlamini-Zuma was welcomed with rapturous applause when she and Finance Minister Malusi Gigaba were introduced. With Gigaba in her campaign train, it becomes obvious that a lot of resource will go into the campaign.

Cosatu said there was “hatred with passion among comrades”‚ something the ANC needed to deal with.

Women’s League provincial secretary Nonhlanhla Gabela said she hoped the PGC will strengthen its position on Dlamini-Zuma. “We are ready with skills of a women. Like the youth league we agree that we be led by a woman … that is Nkosazana Dlamini-Zuma.”

Youth League provincial chair Kwazi Mshengu asked delegates to look to the future. “This PGC is about the future. Don’t use the PGC as a platform where the death of the movement is orchestrated and the conference where it is certified.”

“This PGC must chart the way towards the unity of the organisation … there’s no organisation without feuds but we must remember its historic mission. No matter how angry you are you must not destroy the ANC‚” said Mavundla.

Mshengu‚ who is also a head of ministry at the KwaZulu-Natal department of economic development‚ tourism and environmental affairs‚ called for a state bank to fast track the implementation of radical economic transformation.

President Jacob Zuma‚ who was still in Swaziland‚ was expected to address the meeting later in the evening. He is attending the 5th Southern African Customs Union summit in the kingdom.

← Newer Post
Ramaphosa dismayed that ‘all is not well within political party alliance’
Older Post →
I Did Not Murder Karabo Mokoena, This Is What Happened – Sandile Mantsoe.