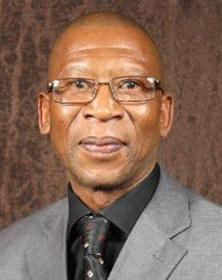 He spoke just like his son, the Economic Freedom Fighters leader Julius Malema. It is said in some quarters, that the son must inevitably possess some of the traits of his father. EFF leader Julius Malema’s political mentor, Lawrence Mapoulo, has labelled ANC leaders “cowards” for failing to remove President Jacob Zuma at the party’s Mangaung conference in 2012.

Zuma was re-elected for a second term at the conference, beating former deputy president Kgalema Motlanthe. Mapoulo, chairman of the Cuito Cuanavale ANC branch in Limpopo, told Sowetan yesterday that the ANC was under siege.

“Our kids are going to p*** on our graves for destroying the movement.

“In December we are going to remove Zuma. We look forward to rebuilding the ANC and correcting the mistakes he has made since 2007,” he said. Mapoulo said he and his comrades were punished when they called for Zuma’s removal in 2012.

“The comrades who punished us are now the ones saying we should remove Zuma,” Mapoulo said.

The Cuito Cuanavale branch encompasses Polokwane’s leafy suburbs such as Bendor and Flora Park and is one of the most influential in the province.

← Newer Post
Speaker Baleka Mbete Reveals How The Guptas Invited Her To Saxonwold And What She Was Offered.
Older Post →
London Mayor Launches A Must Read Attack On Pres. Donald Trump That Will Make Him Talk Less.