Public protector rounds up the Guptas for immediate prosecution

The time has finally beckoned for the thorough prosecution of the powerful Gupta family, having been indicted severally. Public protector, Busisiwe Mkhwebani says she’ll investigate the state capture allegations.

In a statement on Wednesday evening Mkhwebane said the preliminary probe will determine the merits of leaked Gupta emails, which suggest undue influence over state-owned entities.

The probe will look at dishonest and unlawful enrichment by public officials at Eskom, Prasa and Transnet.

The probe will look at maladministration and financial mismanagement at Prasa.

It will also probe those implicated in the reappointment of Brian Molefe at Eskom. 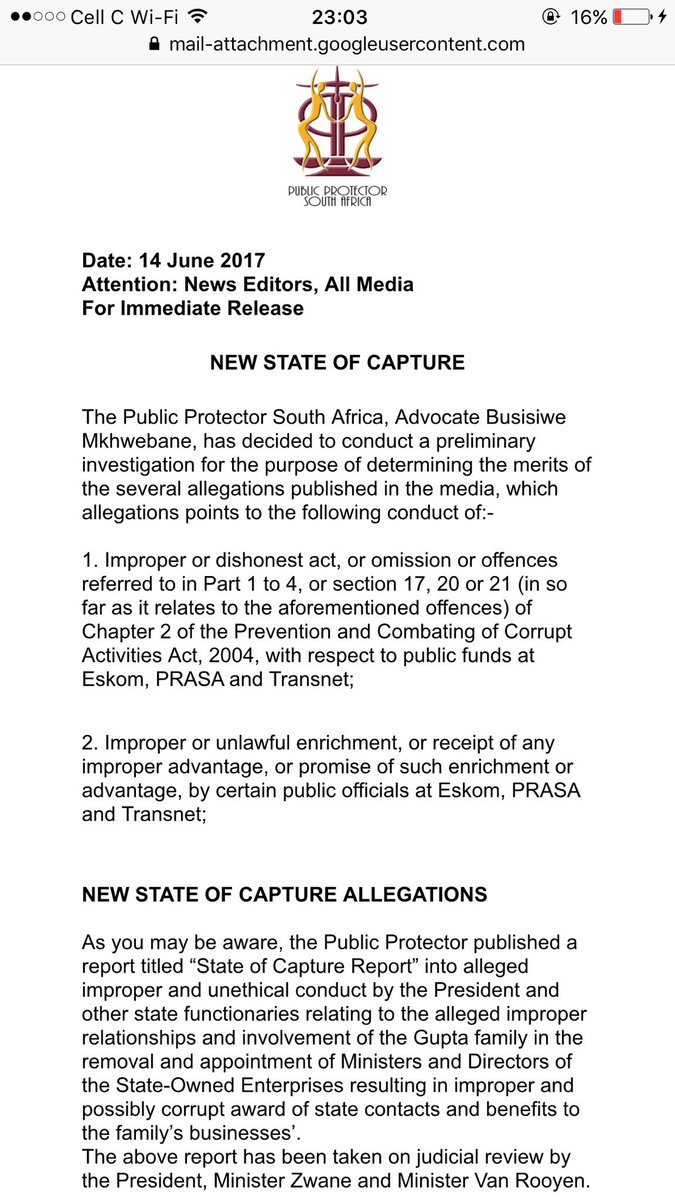