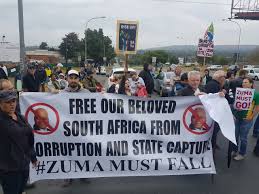 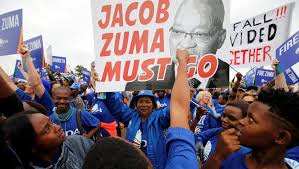 Protests have begun in Johannesburg this morning ahead of the vote of no confidence in President Jacob Zuma in Parliament.

Speaker of the National Assembly, Baleka Mbete, has announced that voting on the motion of no confidence in the President would be by secret ballot, after Members of the NA have debated the motion.

How will this process work? Cape Town roads and bus routes to be affected by #NoConfidence marches.

Police set up ahead of the no confidence vote into President Jacob Zuma’s leadership. (Kelly Anderson.