Advocates representing President Jacob Zuma and Gupta-owned Sahara Computers are arguing their case in the court case where Finance Minister Pravin Gordhan is seeking protection from intervening in the Gupta banks saga.

In the most recent hit in the tit-for-tat between the Guptas and Deputy Finance Minister Mcebisi Jonas in which Jonas alleged that the Guptas offered him the post of Finance Minister, the latter took Ajay Gupta head on in an affidavit outlining the meeting at Saxonwold.

He was responding to the Guptas making Jonas’s allegations part of their responding affidavits and accusing him from lying. 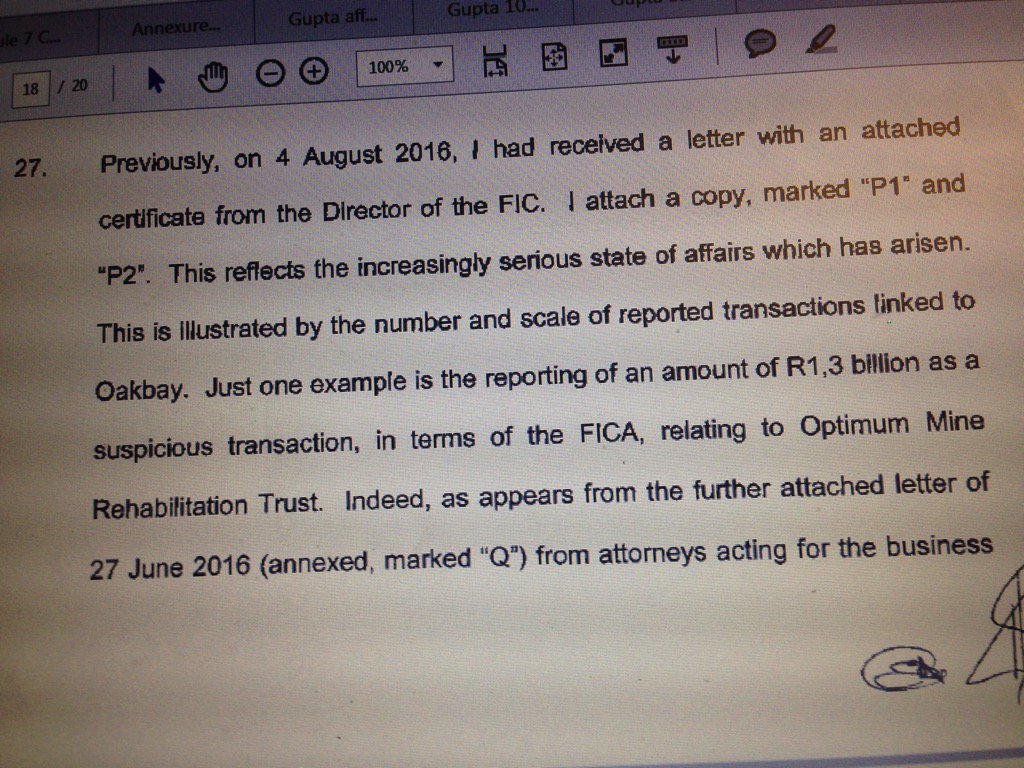