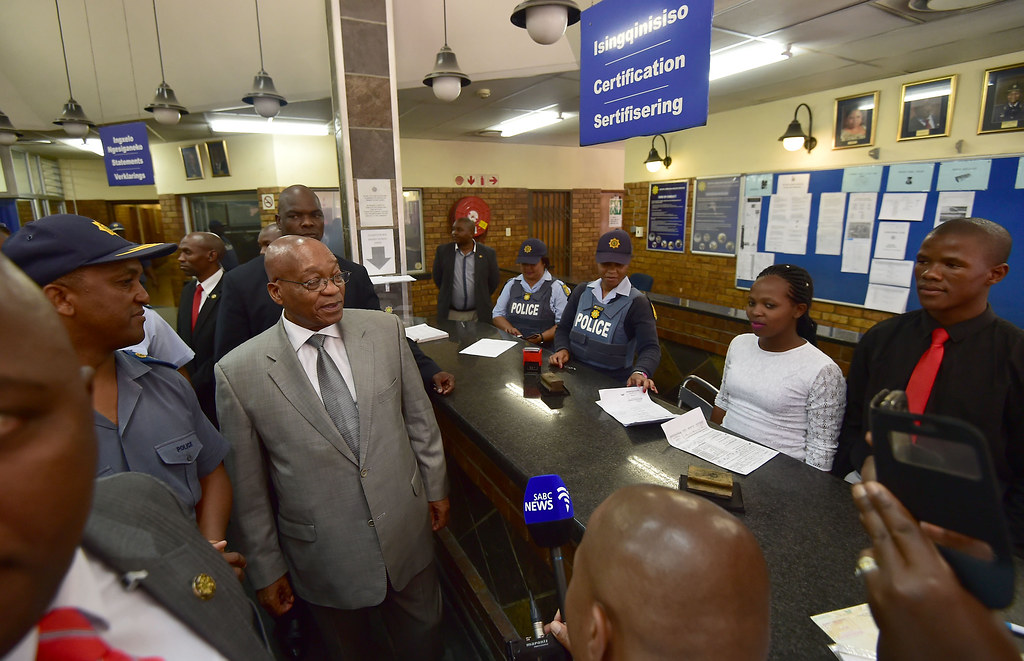 With the heavy suspicion of  vast amounts of dirty money  already been moved to Dubai, amidst other suffocating criminal credentials around his sleeves,  The Democratic Alliance opened a criminal case against President Jacob Zuma and 11 others at the Cape Town Central Police Station on Tuesday.

Maimane said the emails were included in their case and would be supplemented if more came to light.

Maimane said they should ultimately be charged in terms of the Prevention of Criminal Activities Act for allegedly receiving benefits, as well as for racketeering and treason.

“Not only should you deal with this matter in Parliament, but you should deal with it criminally,” Maimane said.