The tweet, which has subsequently been deleted, read: “The biggest mistake we are making is to consult murderers. White people are 9% of the population, they own 79% of land. They never came and consulted us for the land. If they want us to forgive them now, then let us share the land, the mineral resources.”

It was not in quotation marks, so when it was read out of context it came as a bombshell to many, who assumed that this was the view of the ANC itself.

The party then told its critics that it had merely been quoting the remarks of one of the members of the public who had come to parliament’s constitutional review committee’s public hearing on the review of section 25 of the constitution that was being held in the town of Beaufort West in the Western Cape.

Nevertheless, this still didn’t well with some. A legal expert, Helene Eloff, also weighed in to make it clear that the ANC had blundered and could be held liable for the view expressed, since a disclaimer can’t be applied retrospectively. 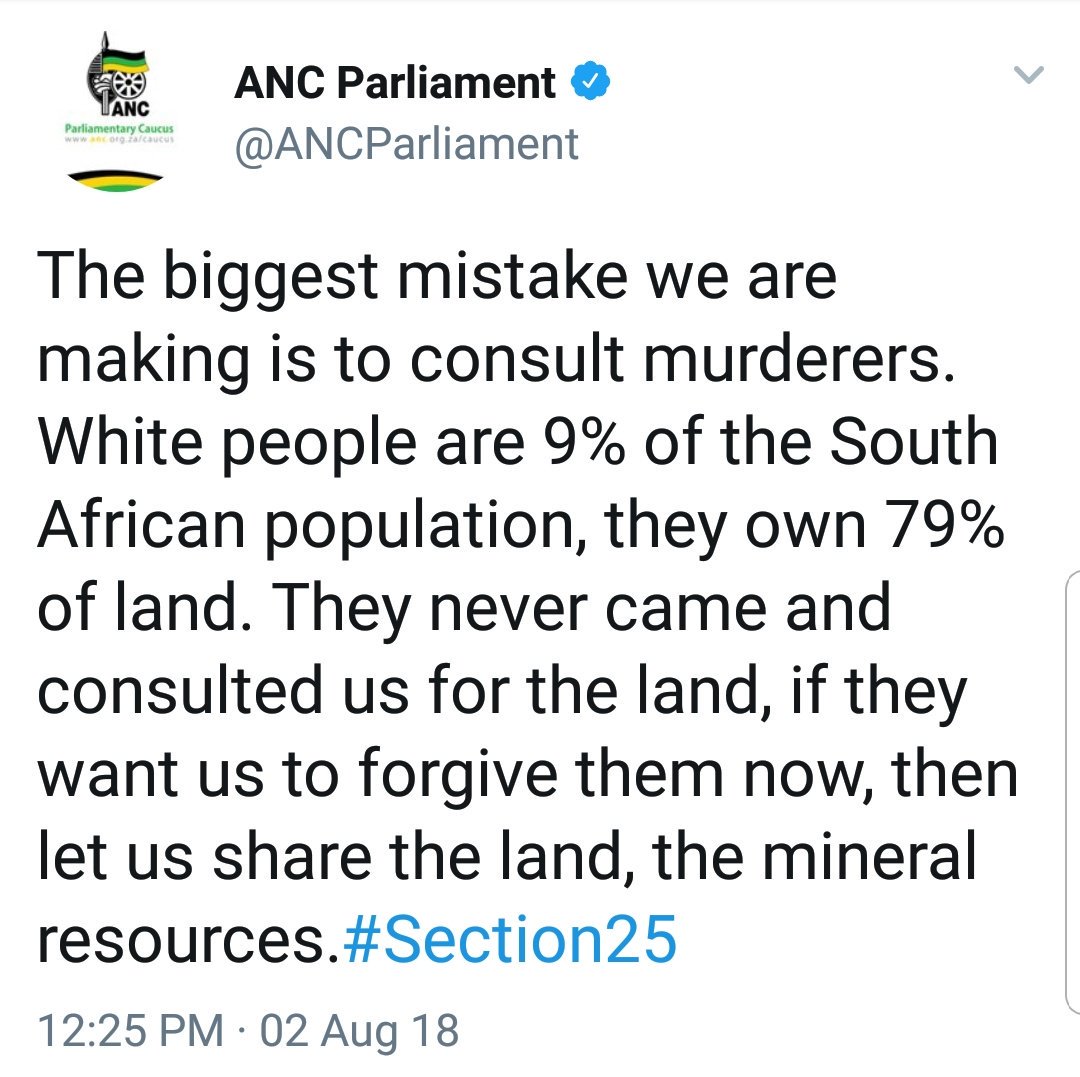