WOW!!! See What happened after this Pastor brought a boy back to life after he was declared dead by doctors ( Photos)

A video shows the young boy hanging lifeless and floppy in the arms of a man, believed to be his father, at a church in Pretoria, South Africa.
He walks around the church with the boy during a service led by prophet Shepherd Bushiri when he suddenly falls towards the floor. 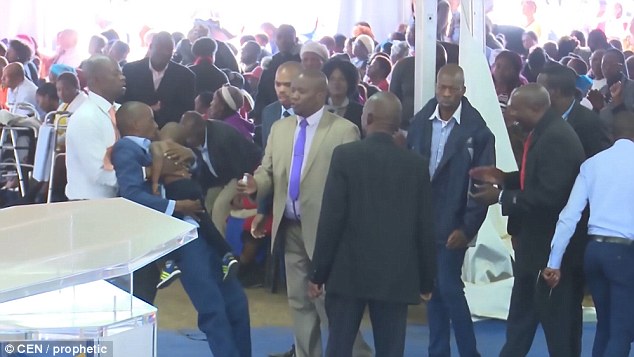 Other men go to support the boy’s father as the congregation at the Enlightened Christian Gathering Church hold their hands out towards the boy as if helping to heal him.

The footage, which has gone viral, then shows the young boy being blessed with ‘holy anointing oil’, at this point, the boy is taken away to the applause of the congregation. 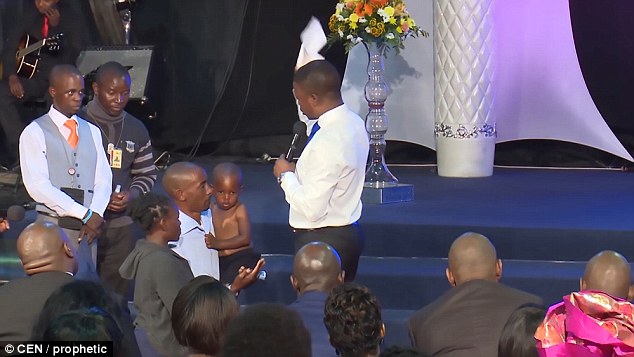 The video then cuts to the boy being held by his father, now awake and appearing to be perfectly fine.