A crater spanning several metres in the middle of the road is the fallout of a traffic accident in which a truck transporting explosives caught alight on Thursday night.

ER24’s Russel Meiring said the driver and several motorists who were in the vicinity were lucky to escape injury.

The explosion happened on the R50 between Delmas and Leandra, in Mpumalanga.

Meiring said a truck carrying explosive materials caught alight and exploded. He said Paramedics arrived at 10pm to find debris from the truck spread across the entire scene.

“Medics assessed the motorists and truck driver on the scene and found that no one sustained any injuries, although some were visibly shaken.

“It is understood the driver noticed flames on the trailer while he was driving.

“The man was able to stop the truck, exit his vehicle and warn other motorists of the impending danger.”

Local authorities were on the scene for further investigations. 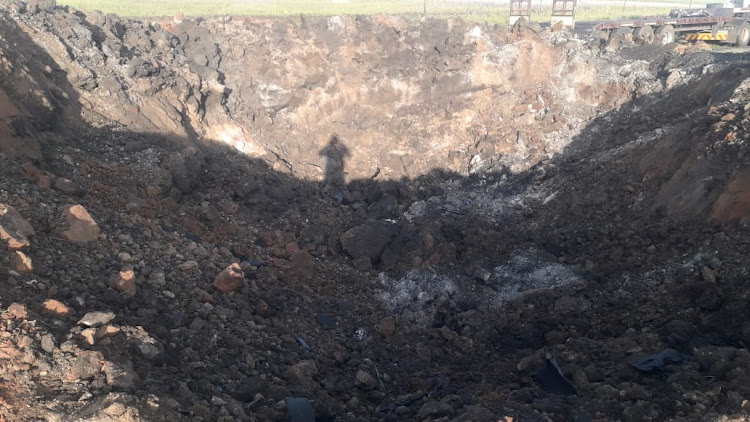