Two men convicted last month of the brutal murder of 12-year-old Aaliyah “Angel” Tee were each jailed for an effective 30 years on Thursday, after a judge struggled to find any substantial or compelling circumstances to deviate from the prescribed minimum sentences.

Nealon Redhouse, 18, and Deon “Kwas” Harmse, 24, showed no remorse during the sentencing proceedings in the Port Elizabeth High Court.

At one stage during sentencing, Judge Mandela Makaula reprimanded Redhouse for smiling, or smirking.

Redhouse and Harmse were convicted of murder, attempted murder, impersonating a police officer and house robbery with intent to murder for the 2016 attack on Aaliyah and her parents.

Redhouse was also convicted of illegal possession of a firearm and ammunition.

During argument in mitigation of sentence, advocate Jodine Coertzen, on behalf of Redhouse, said his refusal to speak to a social worker compiling a presentence report had tied her hands, leaving her with little to no information to give about his socioeconomic background or upbringing.

Coertzen told the court direct imprisonment should be the only consideration, but asked that Redhouse’s existing 18-year sentence for a separate murder that he had been convicted of earlier this year be allowed to run concurrently with the latest sentence.

Advocate James Riley, for Harmse, told the court Harmse had a difficult background and did not have the appropriate support to deter him from being involved in gangs.

Harmse had also contracted TB and a lung condition while in custody.

The court proceedings were halted earlier in the day, when the state asked that Harmse be taken for a medical examination after he complained of chest pains and not being able to concentrate.

Harmse and Redhouse stormed into the Tees’ Bethelsdorp home on June 7 2016 and opened fire on the family.

Makaula found that the attack on the family was a direct result of Candice and Edmund Tee witnessing the murder of known gang leader Donovan “Staal” Berry a month earlier outside their home.

Edmund sustained three gunshot wounds which left him a paraplegic.

Aaliyah was shot executionstyle while she and her mother cowered in the bathroom, where they had sought refuge.

Testifying on Thursday about the impact of the attack on the family, Aaliyah’s older brother Zayno, who matriculated in 2017, said nothing would take away their pain.

“My parents have suffered a great loss. They are in pain, but I cannot do anything about that pain and trying to fill that gap is impossible,” he said.

State prosecutor Mujaahid Sandan, arguing in aggravation of sentence, said Redhouse and Harmse had shown no remorse and had not taken responsibility for the murder.

“They must plainly be removed from civilised society because they are not civilised.”

Sandan described Redhouse – who grew up next to the Tees and was often in their home – as a callous and merciless killer. 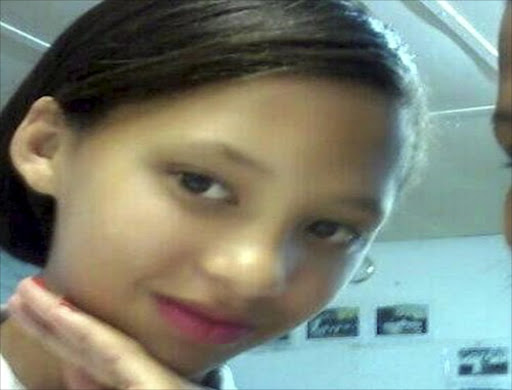 The sentences will run concurrently.

“We are glad that justice has been done,” he said.

National Prosecuting Authority spokesperson Tsepo Ndwalaza also welcomed the sentences, saying they should serve as a deterrent to wouldbe criminals.

5 thoughts on “Convicted muderers stoned to jail for 30 years”

← Newer Post
Armed Robbers Sentenced To Ten Years In Prison: Durban – KZN. See Offence.
Older Post →
13-year old girl from George in the Southern Cape has broken a World and Africa record at the Down…